The Next Level 1 Chi Kung class will be announced once all life returns to normal.

We are developing an online course for you during this time. 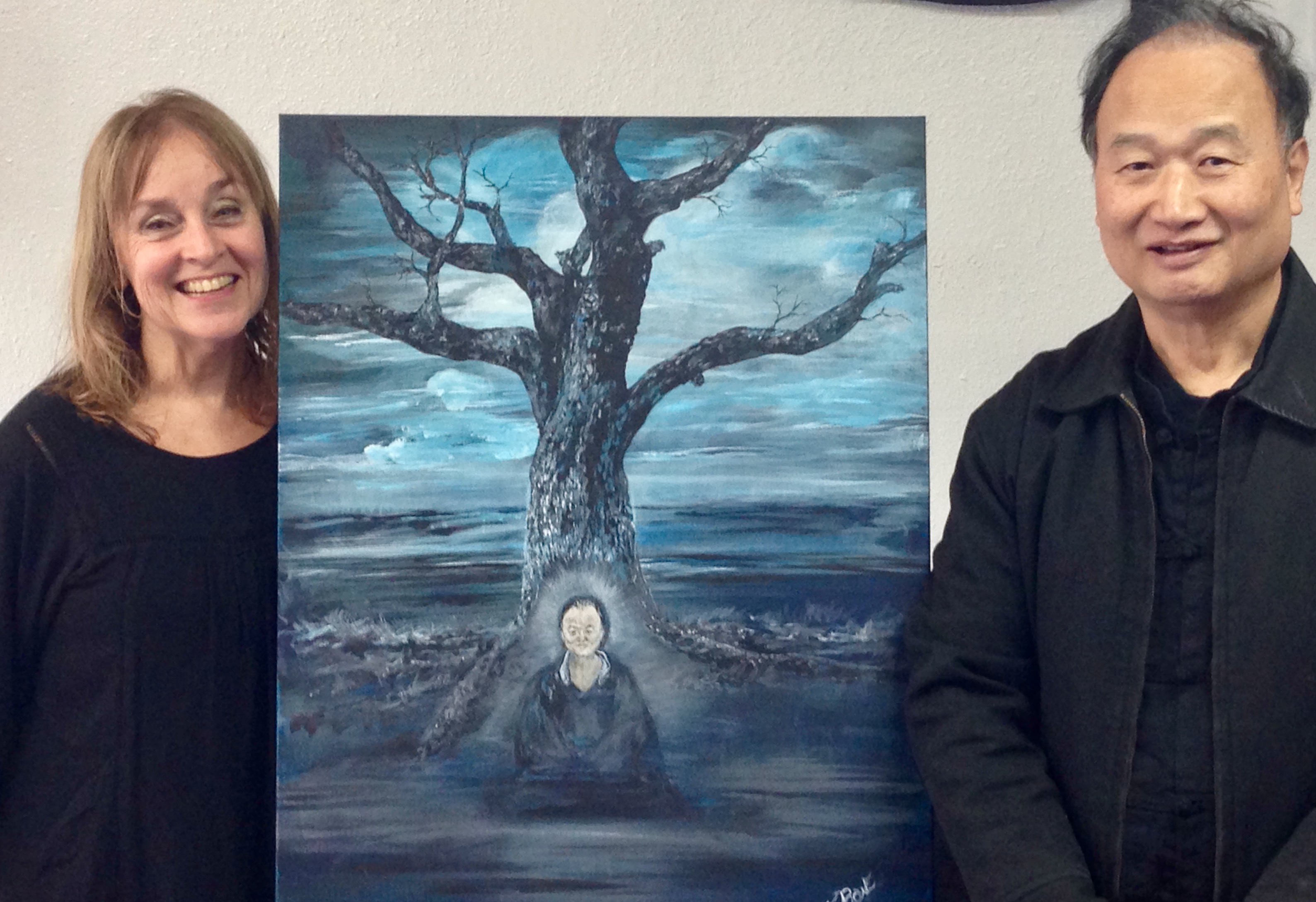 Sifu’s student Karen, before meeting Sifu had a vision and painted this picture.

The level one class takes three months to complete. There will be 12 sessions in total.  The class will be taught once a week,  at the West Bank / Gretna location. Each class is cumulative. Unless there is a need to adjust (extend) the schedule by one week or more for unforeseen reasons such as holidays or weather, causing the class to postpone accordingly the course will last 12 weeks from the date it starts. Sifu and students will decide to have each class weekly or biweekly as is best for the group.

To reserve a spot in the next Level One Self-Healing Chi Kung course, please contact us today and leave your name, and phone number. 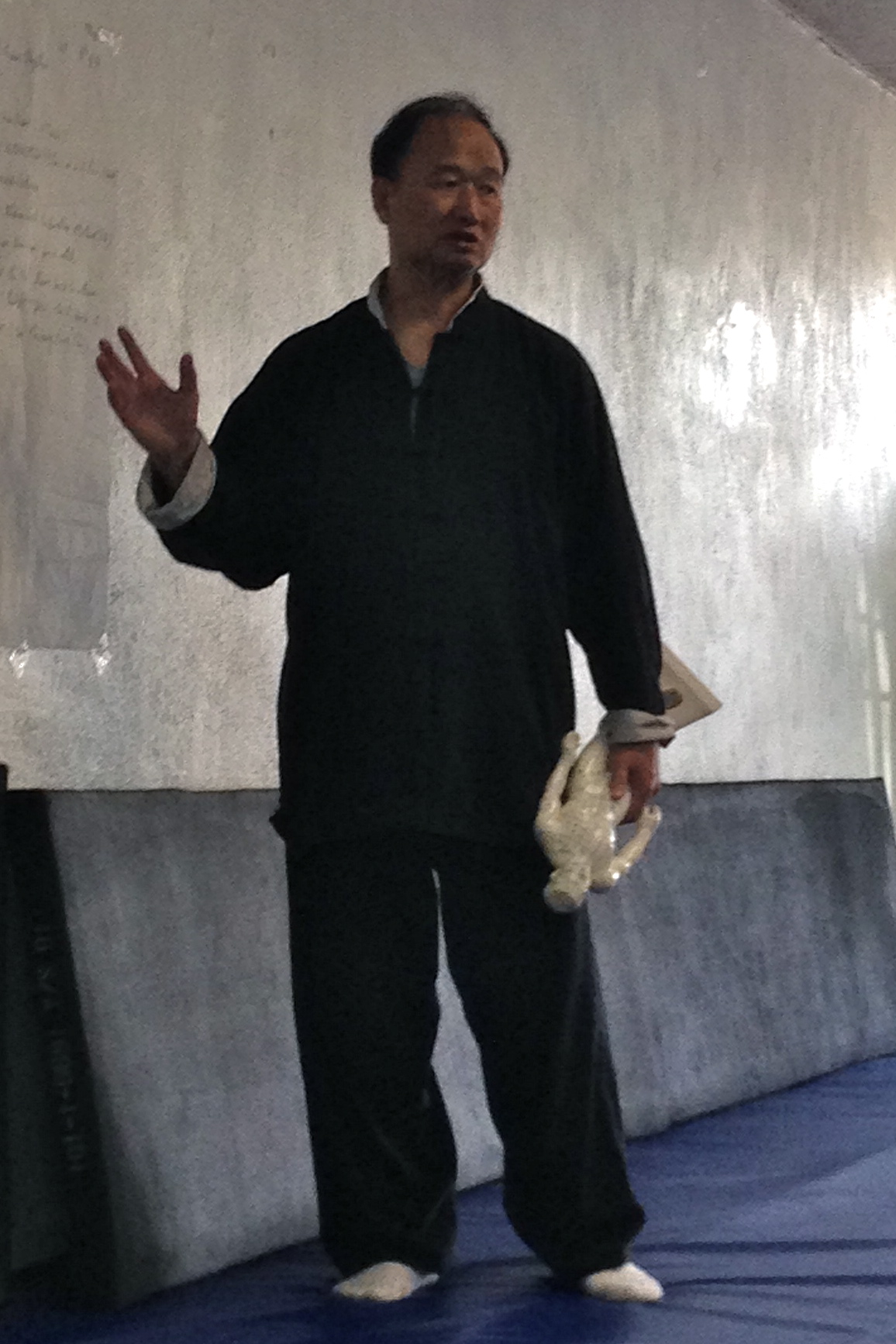 A brief history of Chi Kung in China: The history of Chi Kung can be traced back to about five thousand years ago in China.  Since there were emperors ruling over the country claiming to be the “Son of the Sky” (a traditional concept to fool the common people, “Sky” in ancient time in China sometimes was the equivalent to “God”, the emperors wanted the people to believe that they were authorized by “God” to rule over everyone so everyone would obey at all times with no questions asked) who loved power, glory, position and privilege so much that they wanted immortality.

People of knowledge tried very hard to satisfy their emperor.  Roughly speaking, there were two groups of people studying this, the first group tended to use the medicine, it ended up that eleven emperors in Chinese history have been poisoned to death by this so-called “Immortality Medicine.”

The second group found that the best medicine had existed in our bodies already, which we are born with.  Our job is to cultivate it, make it stronger and accumulate it to a certain part of the body and make use of it.  People who practice this tend to live longer according to statistics but not yet be immortal.  This kind o exercise is called “Chi Kung” today.

What is Chi Kung? In China, it is called “Chi”, in Japan, it is called “Ki”, have you ever heard of Aikido? In India, it is called “Prana”, ask the Yoga people, in the Philippines, it is called “Mana”, in Europe, it is called “Aura”.  There are about 30 names for about the same thing.  You see, in human history, not only the Chinese struggled to find out the secret of “Chi”.  Around the world in the past, people sensed that there was something you couldn’t see, didn’t know what color it was, how heavy, what it smelled like, but that was closely related to our bodies, lived inside and in fact existed.

This Chi Kung course being offered is explained from the view of a scientist, so you can understand and handle easily the information.  In simple terms, the Chi is equal to “bio-electricity” (actually it is much more than that).

What are the advantages of practicing Chi Kung? “Chi Kung” can improve health, both mentally and physically, no doubt about it according to Chinese history.  Today in China entire hospitals exist just to teach Chi Kung and some cancer patients who were told by their Western doctors that they would die in a few months recovered completely like a miracle. One of Sifu Tommy’s senior students, Matthew, provides bodywork therapy using Chi to heal people up.  Visit his site here.

Chi Kung is the most economical way to heal you by yourself for yourself.  You do not need equipment, or a specific location to practice.  Only a place to sit or stand with good ventilation and that is quiet is good enough.  You can practice on your own schedule and do not require a partner.  There is no restriction of sex, age, any normal person, weak or strong, even sick, lying on a bed, can practice (they can practice sleeping, Chi Kung).

There are no contraindications between “Chi Kung” and modern therapy.  When you take pills, under the prescription of your family doctor, there is a chemical reaction trying to help that is not natural.  When you practice “Chi Kung”, which is an exercise to strengthen your self-healing system (including the immune system and some other things) you are naturally producing the necessary effects the body requires.  “Chi Kung” helps you recover quicker.  “Chi Kung” can help you heal those hidden troubles, brewing inside your body, about to make you sick.

Chi Kung can be regarded as one of the precautionary therapies because Chi Kung trains the nervous system, secretion system, microcirculation system, and the self-healing system.

What kind of people can practice Chi Kung and what kind of people cannot? Any normal people can practice Chi Kung regardless of their ages, sexes, weak or strong, except those who are mentally sick, or they have close relatives such as a brother or sister who has been sent to a mental institution because they might have dormant DNA which can be reactivated or revived by Chi Kung to cause the specific mental trouble.

Anecdote of one of Sifu’s students, as told by Sifu Tommy:

I had a friend in Hong Kong who broke his leg and was sent to the hospital. He had an operation and was supposed to stay in the hospital for at least three months in order to recover completely. However, he stayed there for only one and a half months before he was able to go back home. For a man of nearly sixty years of age, this was a miracle. Why did this happen?

Well, this man knew Chi-Kung. He spent his time lying in the hospital bed practicing Chi-Kung, which greatly sped up his healing (there is a “sleeping” Chi-Kung which can be practiced even if you are unable to move.)

This man had learned Chi Kung from me just two years prior to the accident and I know he practiced it regularly.

This is very important. A lot of people learn Chi Kung out of curiosity. However, when they find out it is not like what they may have seen in a movie or read about online, they give up, or just practice on and off.

It is important to understand that Chi-Kung is only mastered with daily practice. There is no “one-day solution” and I always tell my students this, the truth. Whether they do exactly as I instruct is their own responsibility.

One needs to use the attitude of a scientist, not a day-dreamer.

There are no contradictions between traditional Chinese Chi-Kung and modern Western therapy.  We recommend you visit www.matthewancira.com for treatments blending Eastern and Western medicine using bodywork based in neuromuscular sports injury and Chinese and Japanese healing therapies.